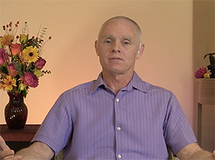 The Antidote to FearVIDEO
Like
×
A Meeting of the Heart
From: The Quiet Space of Openheartedness
Loading the player... 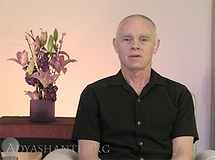 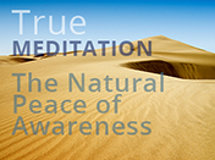 True Meditation: The Natural Peace of Awareness AUDIO
Monthly Selected Subject: The Journey of Enlightenment
Like
×
Waking Up to the Absolute
From: Intimacy with Everything
Loading the player... 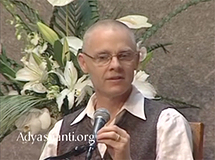 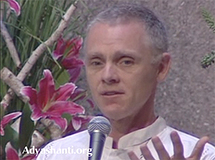 The Unseen Presence of Being VIDEO
×
Ever Present Awareness From: The Freedom of Not Knowing 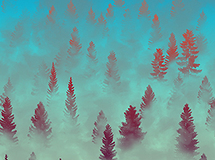 The Immensity of Self

What does it mean for the Self—something that’s unlimited, without borders or edges or boundaries—to be embodied in a particular human being? That would mean the human being would have a greater and greater capacity to embody this immensity. It doesn’t mean, however, that the human being is going to be particularly impressive. We always think of enlightened beings in some way as extraordinarily charismatic, glowing human beings. We think if the immensity is being embodied in a human being, it’s going to be so charismatically obvious that you would want to throw yourself at their feet in worship. But that’s not what it really means.

There doesn’t seem to be an end to that which is without limit, the Self, to how fully and deeply the unlimited can embody itself and express itself in any human being. There doesn’t seem to be any end to it. How could there be an end to it if being embodied is without limit? This is why at a certain point, we may say, “Okay, this is a fully awakened being.” What does that mean—a human being where the infinite, the unlimited, is completely embodied in a limited human incarnation? How could that be?

There doesn’t seem to be any end to how fully and deeply the Self can be embodied in any human being. At a certain point, the lines we think we’re going to cross and sort of graduate into full enlightenment seem to be what they actually are, which are creations of our egos. Because the ego often thinks in terms of accomplishment: “If I accomplish something—God-realization, enlightenment, full awakening or whatever it is—when I accomplish that, then I will have finally arrived, and then I’ll be okay, and I’ll be fully awake.” The whole thing is egocentric thinking to the extreme.

When we look at it from the standpoint of the Self, if one can do that, then the whole thing is much more “low to the ground.” It’s the endless ways that the unlimited can show up without end: ordinary, extraordinary, everything in between. There’s no graduation. There’s no certificate. Only our egos like to think in terms of end points and graduations because egos want to accomplish things.

This idea of accomplishment is brought into the spiritual realm, and if you’re not careful, you’re still trying to accomplish something. You’re still basically trying to become the person you think you should be. You’re trying to become a good little girl or boy, or the enlightened girl or boy, or whatever. This egoic idea of accomplishment can keep seeping into the spiritual impulse. That’s why the honed, practiced precision of discrimination becomes really handy. And the further you go with all of this, the more important it becomes, because the discriminations become more and more subtle, and the important things become easier to miss.

That’s why it becomes more important to be able to make these subtle discriminations, like discriminating between how the ego relates to the spiritual impulse and how the Self relates to the spiritual impulse. The ego thinks of it as accomplishments and end points and arrivals, but the Self doesn’t look at it that way at all. All of that seems completely remote to the Self because the Self is not going anywhere. It’s not accomplishing anything because it’s not actually becoming more of itself through being totally Self-realized. It doesn’t gain anything. It doesn’t become more of what it already is. But it does become more and more capable of being embodied and expressed through a particular human life—and there’s no end to that. So finish lines and all of those ways of thinking have to be seen through.

Awakening is not extraordinary in the sense that it makes you extraordinary or me extraordinary. That would be just another egocentric orientation. But it’s extraordinary in the sense of the Self, through a particular human being, becoming conscious of itself and embodying itself without end. At some point, that “without end” is no longer resisted. It’s the beautiful thing about it all. “Without end” doesn’t mean you keep endlessly seeking for something more, different, or better. If we’ve had a real awakening, the idea of something more, different, or better doesn’t make any sense. Like I said, if you’ve touched upon reality, you’ve touched upon reality. It’s not about something more, better, or all of those egocentric evaluations. It’s just the endlessness, the unlimitedness, of the Self that you are.