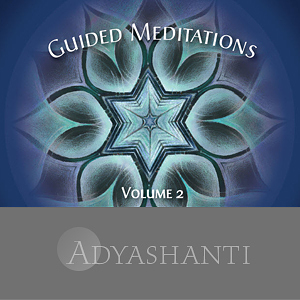 As a sequel to the popular Guided Meditations, Volume 1, this volume contains four more powerful guided meditations led by Adyashanti during live events. These selected meditations focus on dissolving any illusory sense of self/division and bring to light a more conscious recognition of the unification of all existence.

Please Note: These meditations were selected from previously released recordings of retreat guided meditation download sets and the CD album, "The Nature of Illusion." Each meditation includes a guided meditation followed by approximately ten minutes of silence and a bell.