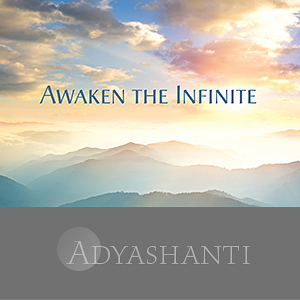 We could boil down awakening to one simple thing -- there is only the infinite. Yet to completely recognize this reality, and live from this view, we must see through our habitual reference points that we deem as real. In this potent and fundamental 7-CD album of the July 2012 Mount Madonna weekend retreat, Adyashanti leads us beyond our world of abstraction and dimensions of self-identification. He points to the extraordinary infinite silence that has no center, has no opposition to life's movement, and is awake to all of existence as itself.

Quotes from this Album:

“If we aren’t paying attention, we’ll miss the entire world disappearing in silence.”

“When you get everything is a phase, life gets so much easier.”

“You find your way by losing it.”