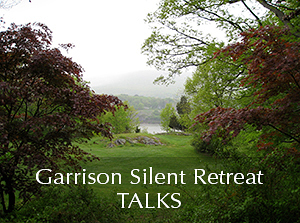 This complimentary retreat talk has been selected as a highlight from the talks given by Adyashanti during the 2017 silent retreat at Garrison Institute.

"The impulse towards enlightenment is a kind of upheaval, not just a quaint realization. It's pushed forward by something that you don't understand and you don't know why."

“The enlightenment impulse can sometimes be like a stranger that knocks on the door and seems pleasant, so you let them in the living room. Then it accuses you of being completely asleep at the wheel and the most destructive force in the universe. It then starts turning over furniture.”

“The impulse of ‘me’ is basically the impulse to control.”

“Wisdom is what comes in and reminds you that you don’t actually know anything.”

“When the known ceases to be, the wholeness of life expresses itself.”

PLEASE NOTE: This talk is also included in the complete set of talks from the retreat, Silent Retreat Vol. 57 ~ Garrison 2017 ~ Talks.